Yesterday was beautiful for Easter. Blue skies and warm(ish) weather. I've been swamped with studying for exams, but even I(!) took a few hours off to see a movie with a friend on Saturday and have Easter brunch with my family on Sunday.

Unfortunately it looks like we're right back to grey skies right now. Boo.

But in taking full advantage of our short burst of nice weather, I went on a walk with The Boyfriend around the neighborhood. I promised I wouldn't take a lot of pictures, so here is just one picture. I love it when the flowers start blooming. The sun lit up these petals with a nice orange glow. 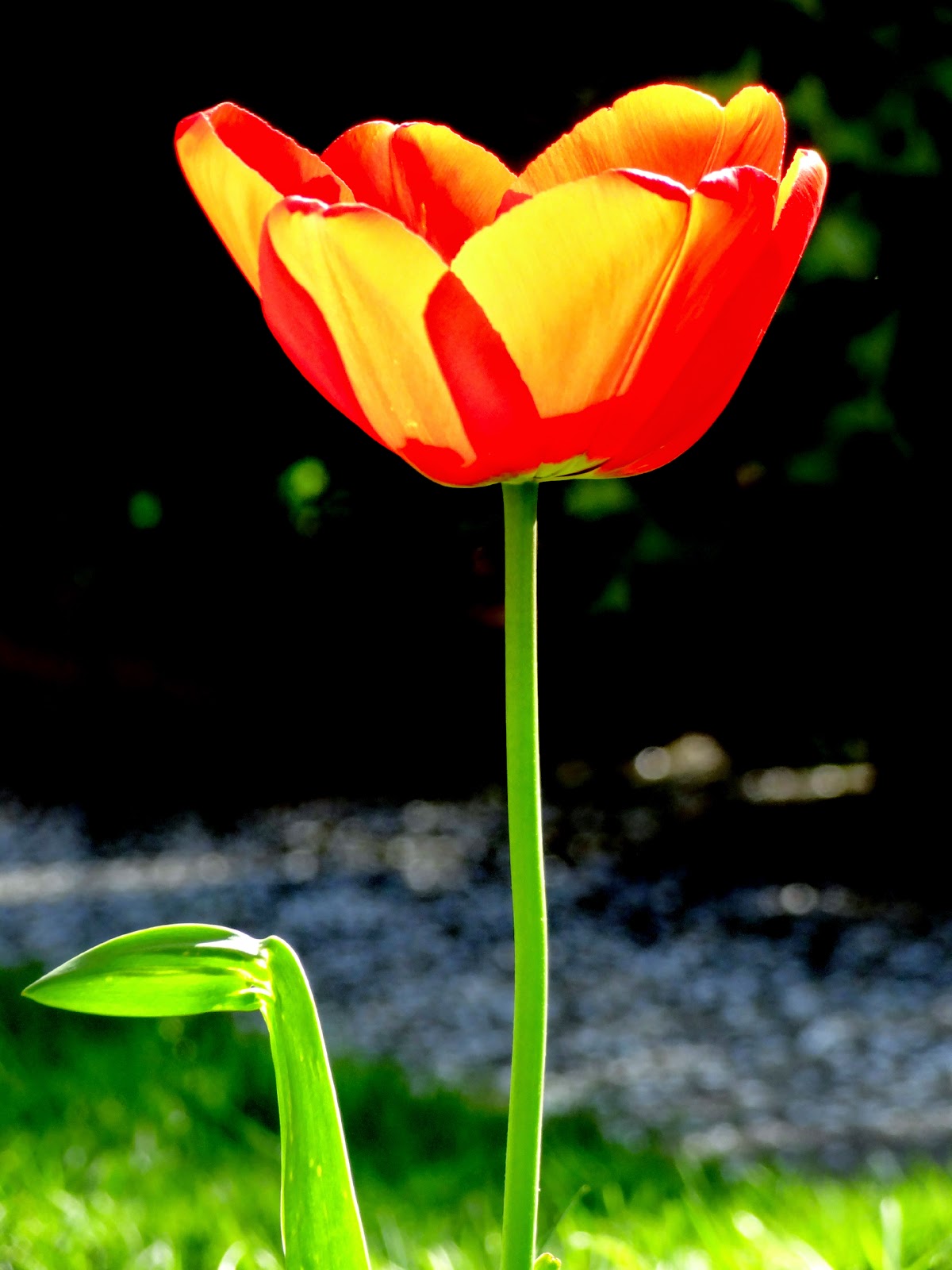 Let's Play Catch Up. Sorry I have been absent for awhile.

I know what you've been thinking, I've been gone forever, and these are all the pictures you're giving me? I haven't been doing as much photography lately, instead drawing a bit more. But here are a few pictures from the past few months. It's spring time, and the first couple pictures certainly show the rarity that is blue skies where I live.

The wonderful thing about my city is that there is so much water surrounding it. During break, my parents and I visited a light house on the Sound. This composition isn't ideal (I personally can't figure out what is wrong with that bird second from the left. Looks like it's going to drop into the water any second), but I liked the stark contrast of the black and gray against the blue and white of the sky. And how it looks like the birds are rising up the borders of the photo, their wings not synchronized. 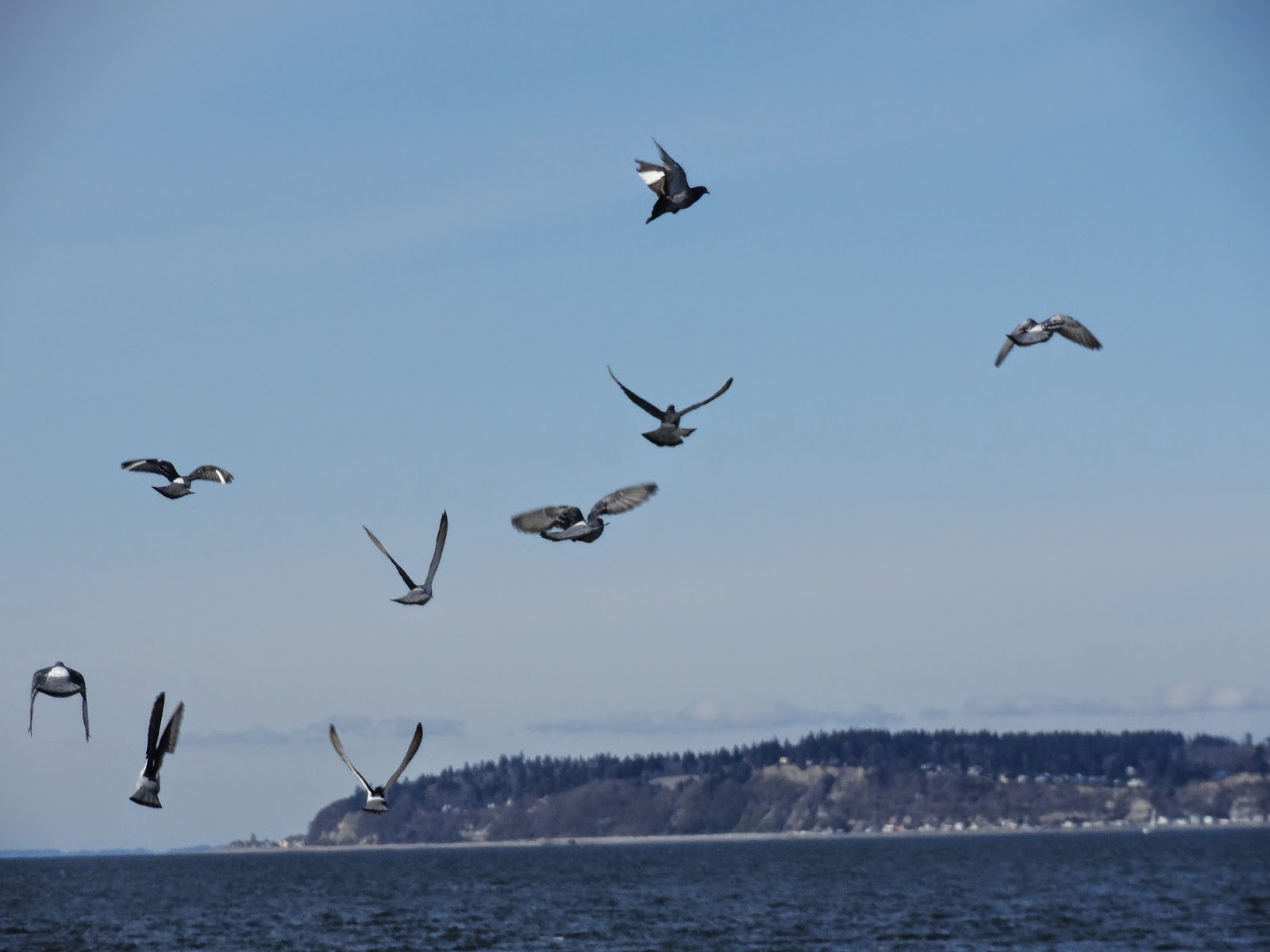 Of course the cherry trees bloomed! As a whole, they were clouds of white, but up close, the individual flowers have hints of pink.

(And it looks like a Y-branch is sticking out of the bunch of flowers. It bugs me) 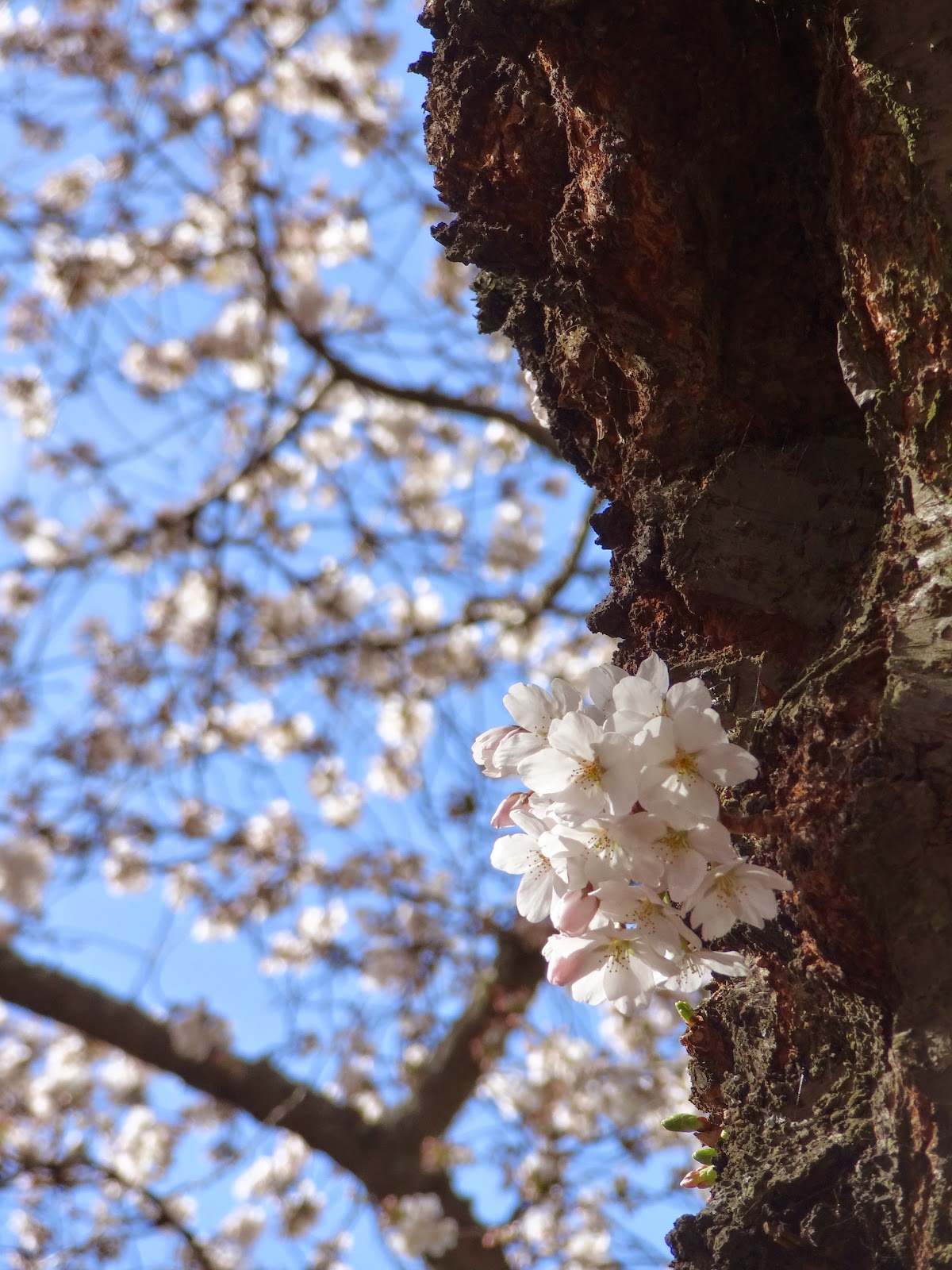 Last week was supposedly a brilliant eclipse. I haven't seen one since I was little, but unfortunately there was cloud cover all over the city. So instead, in the dim orange-y-green-lit clouds, I took a picture of the Space Needle. I like how you can clearly see that the Space Needle is indeed in a city, with the lit up buildings in the foreground. 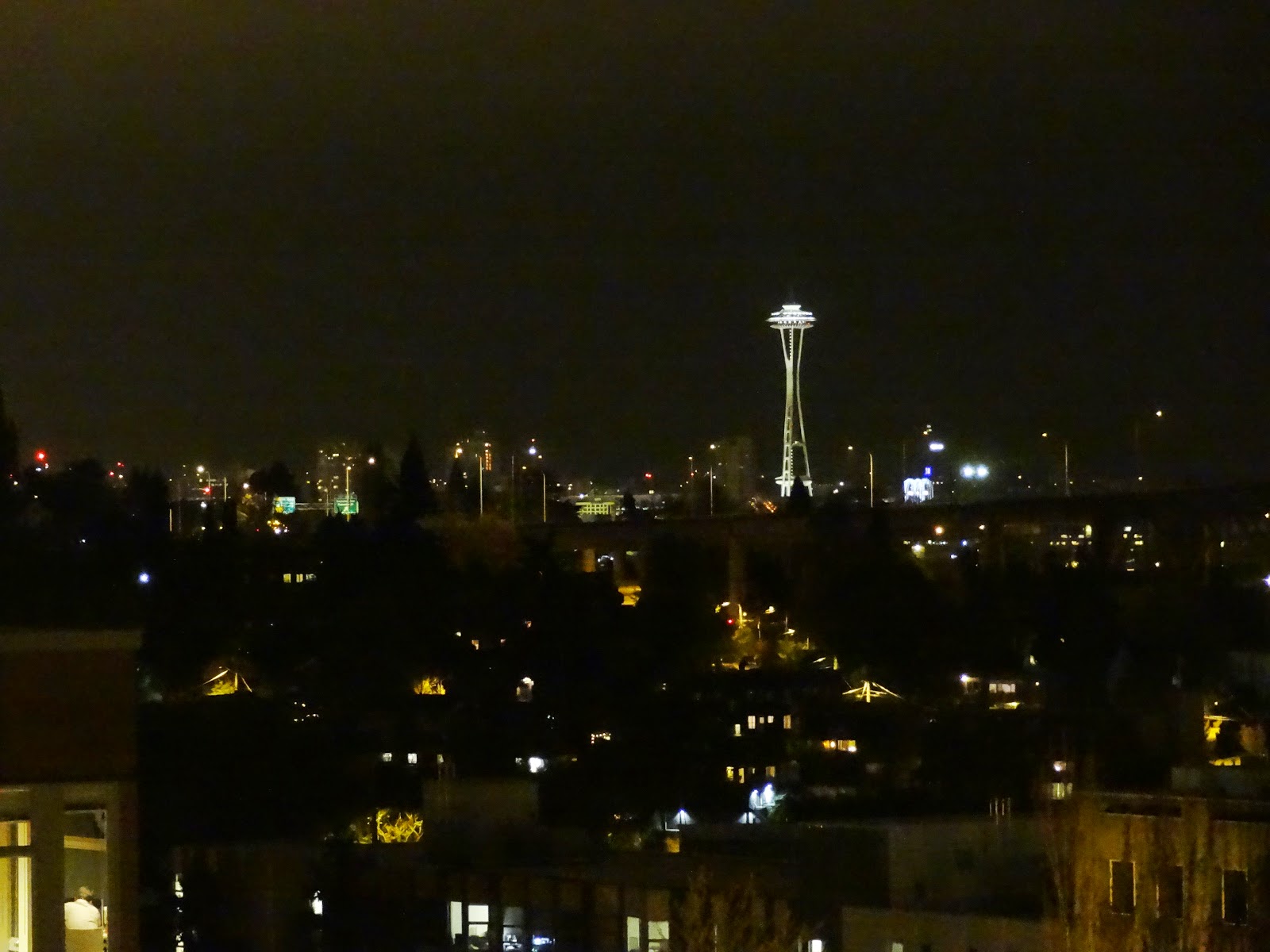 Hope everyone's spring is going well!
Posted by Kirsten at 1:34 PM No comments: