The Boyfriend and I went to a gymnastics meet yesterday. I absolutely love gymnastics (it's one of the only parts of the Olympics I watch), and was quite impressed by some of the routines! We competed against Utah (number 7), and the meet ended with a tie down to the 0.001 point. That was surprising, as I had never heard of a tie in gymnastics. I assume it is quite difficult, as the scores are so close together that it would be more likely to be 0.001 point different?

Anyways, when I want to take pictures at these sporting events, I take a lot of pictures of the first few routines, and then leave the camera alone so I can enjoy the present with The Boyfriend. After all, we're here to have a good time.

Also, tip I found on the internet (after these pictures were taken, unfortunately): Up the ISO on the camera for taking pictures of sports. I'll try this next time!

We were high up in the arena, so my pictures are all zoomed in a bit (or cropped), and the content is a bit washed out. But enjoy some of the better shots! (We are the dark pink, Utah was the lighter pink. The unusual colors were in support of Breast Cancer awareness.) 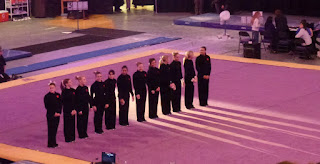 Utah lining up for their introductions 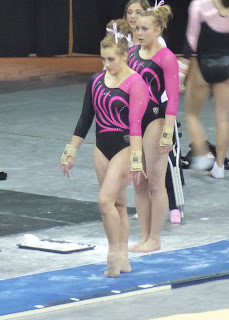 One of our girls preparing for the vault 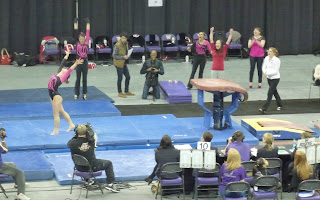 Success on the vault! 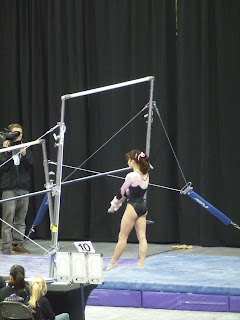 Utah preparing for the bars 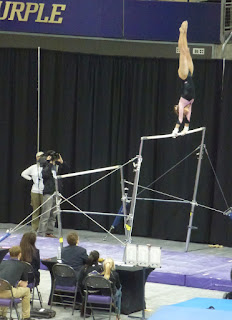 Apparently it is important to nail the vertical handstands 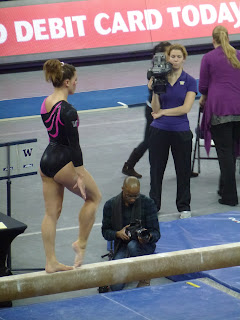 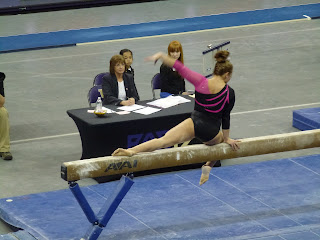 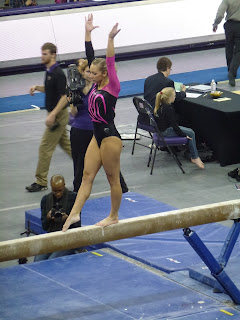 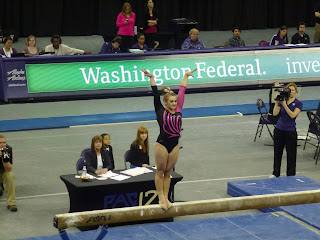 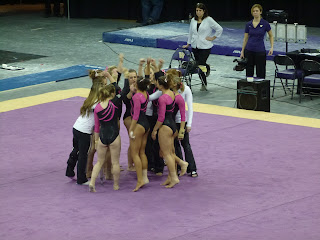 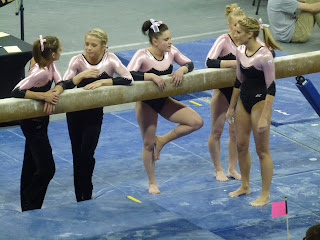 Utah between rotations. It looks a bit like they are trying to ignore their nervousness 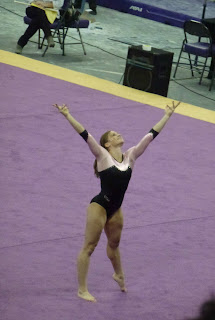 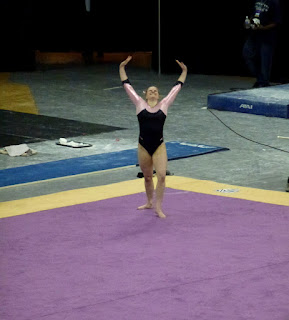 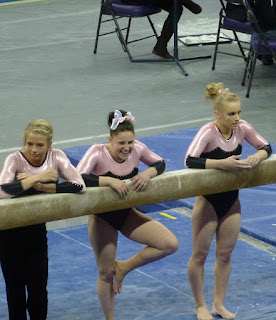 A good laugh before the last rotation.
I really like ending this post on this pciture, as I think it conveys the fun that these girls are having during this meet. They were nervous, yes, but also out there doing what they love.
Posted by Kirsten at 10:05 PM