Today the Boyfriend and I saw a basketball game at our college. It had been an indefinitely long amount of time since I had seen one of the Husky games. I know this because when I came in a sat down, I distinctly remember everything being much bigger :)

I'm not very good at action shots, so I don't really have any shots of moving players. They always end up blurry, and every time I change the f-stop so it'll be quicker, the aperture isn't bright enough. I probably just need a tripod. Anyways, I did manage to take shots during the few moments when players and cheerleaders were still (I got progressively better at predicting when they would pause), so here they are! 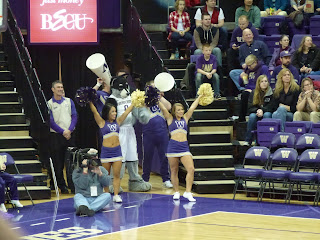 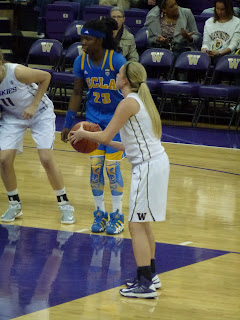 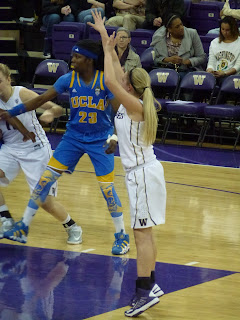 I wish I had gotten the ball in this shot, but I was still zoomed in from the picture above. 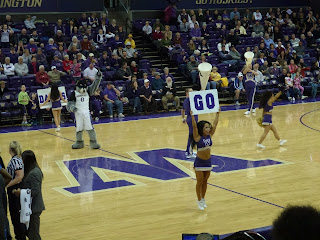 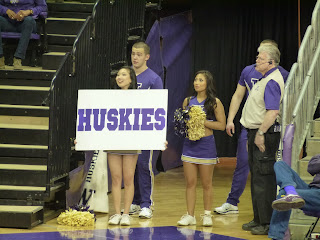 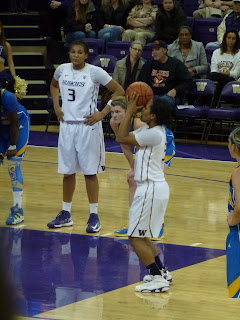 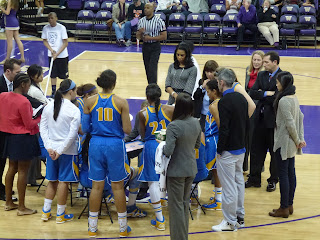 We were playing UCLA. They won, but only by about 2-3 points. We were constantly fighting for the lead. 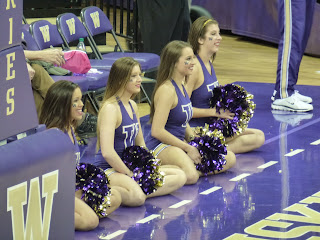 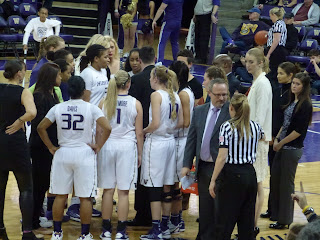 And since I got the UCLA team, I had to get ours too, of course.

What I learned from shooting the game: