We're going to step back a few months to the colors of autumn. If nature is going to give us such beautiful colors, we must take advantage of them, right? Even if it's a few months late...

These pictures were taken on a walk with The Boyfriend a crisp afternoon. And by crisp, I mean really really cold and overcast. That's my city's definition, at least. :)

There was this row of trees across the lake we were walking around, and I really liked the differing colors. They weren't uniform at all, which lent it to such an interesting painting. Since it was so far away, I tried to keep some foreground in the picture. 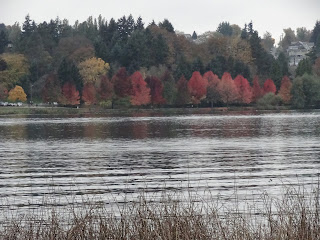 Apparently mycology is very popular here in the Pacific Northwest. Unfortunately, I know nothing about mushrooms except what I find in Fred Meyers, but this was an interesting mushroom we found in the grass. It looks like a mini table.  I liked the texture of the broken parts. 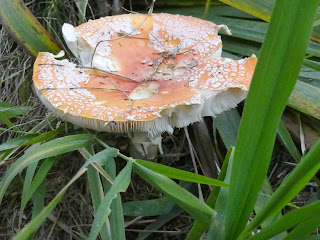 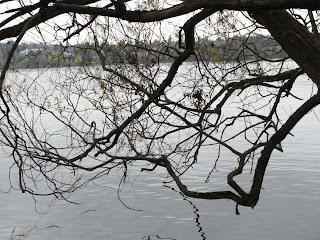 So here is that row of trees from the first picture. They are even more pretty close up. 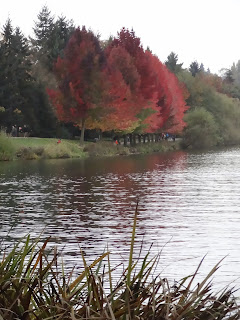 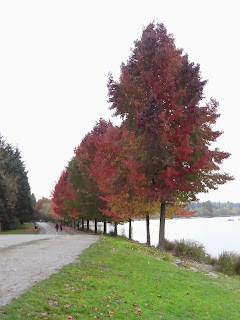 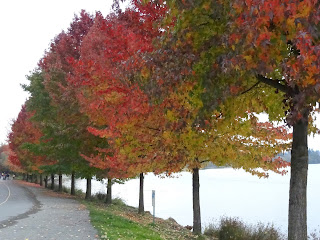 More mushrooms! I like these ones even more than the first. You can almost imagine what the inverted mushroom cap feels like; the sift tickle of the gills against your fingertip... 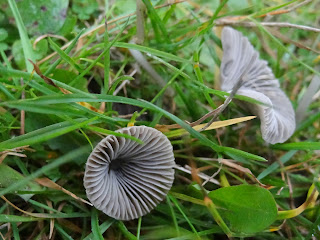 And an obligatory "leaves of fall" picture. 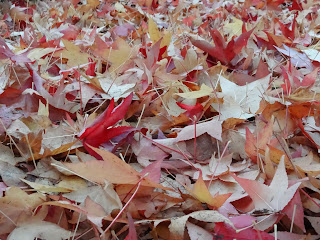 Hope you enjoyed autumn!
Posted by Kirsten at 12:49 PM