No, I'm not in Italy right now, but my family took a trip there this summer, and I'm just getting around to showing y'all the pictures! It's bright and sunny here in Seattle, so I wanted to post some colorful pictures from our trip.

We stopped in Florence for four days and stayed in a cute little local hotel called the Hotel Alessandra. The concierge was the most adorable, friendliest, and overall helpful person we met in Florence.

My brother and I were fascinated by the Duomo, a cathedral originally built in the Roman times, and consequently re-built throughout the ages. The architecture is Italian gothic in style, and is just overwhelmingly huge. The facade is entirely made of different colored marble (!!).

These pictures were taken from the campanile (the bell tower) right next to the Duomo. The brother and I climbed all 414 steps (it is 278 feet tall!), taking pictures along the way.  It was a lovely sunny day which offset the building's colors and created some nice shadows and highlights.

This picture was taken looking out one of the ventilation slots in the campanile. My aim was the frame the picture with the ventilation slot (though it looks like the top didn't quite make it), and simultaneously show the beautiful orange roofs of the city disappearing into the hills.

I do like how you can see in the bottom of the picture that someone had traced some filigrees into the grime. I think it adds a little extra texture to the picture, making it more realistic and less just a pretty picture. 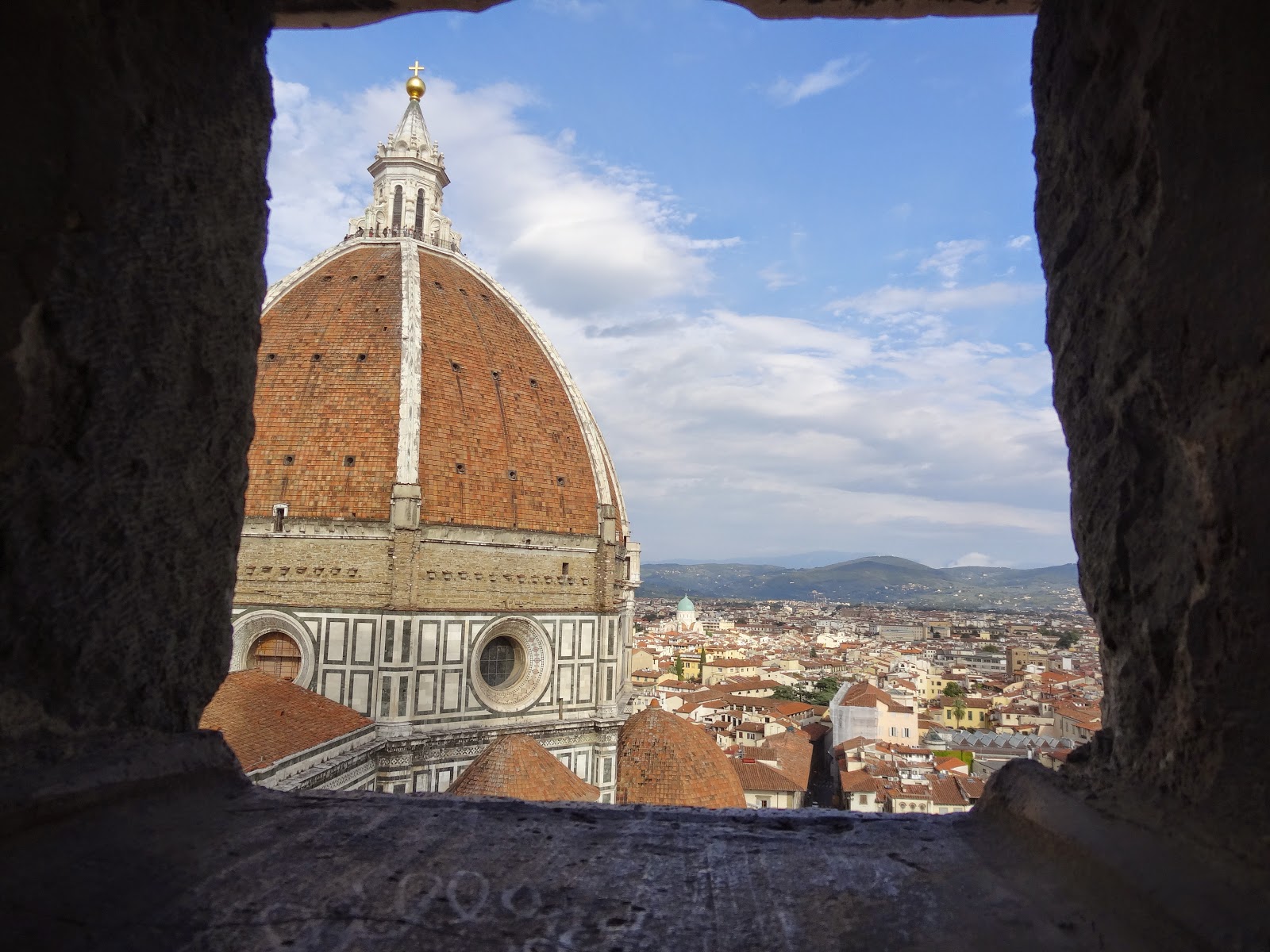 Because there are so many straight lines and curves in the building's facade, I wasn't sure how to display them without overwhelming the viewer. So I only put about the top third of the Duomo in the frame, focused on the dome (with the roof to offset all the marble), and looked for the shadows from the other parts of the structure to add some depth.

I'm very happy that we had blue skies, because the same pop of color would not have happened with overcast skies. 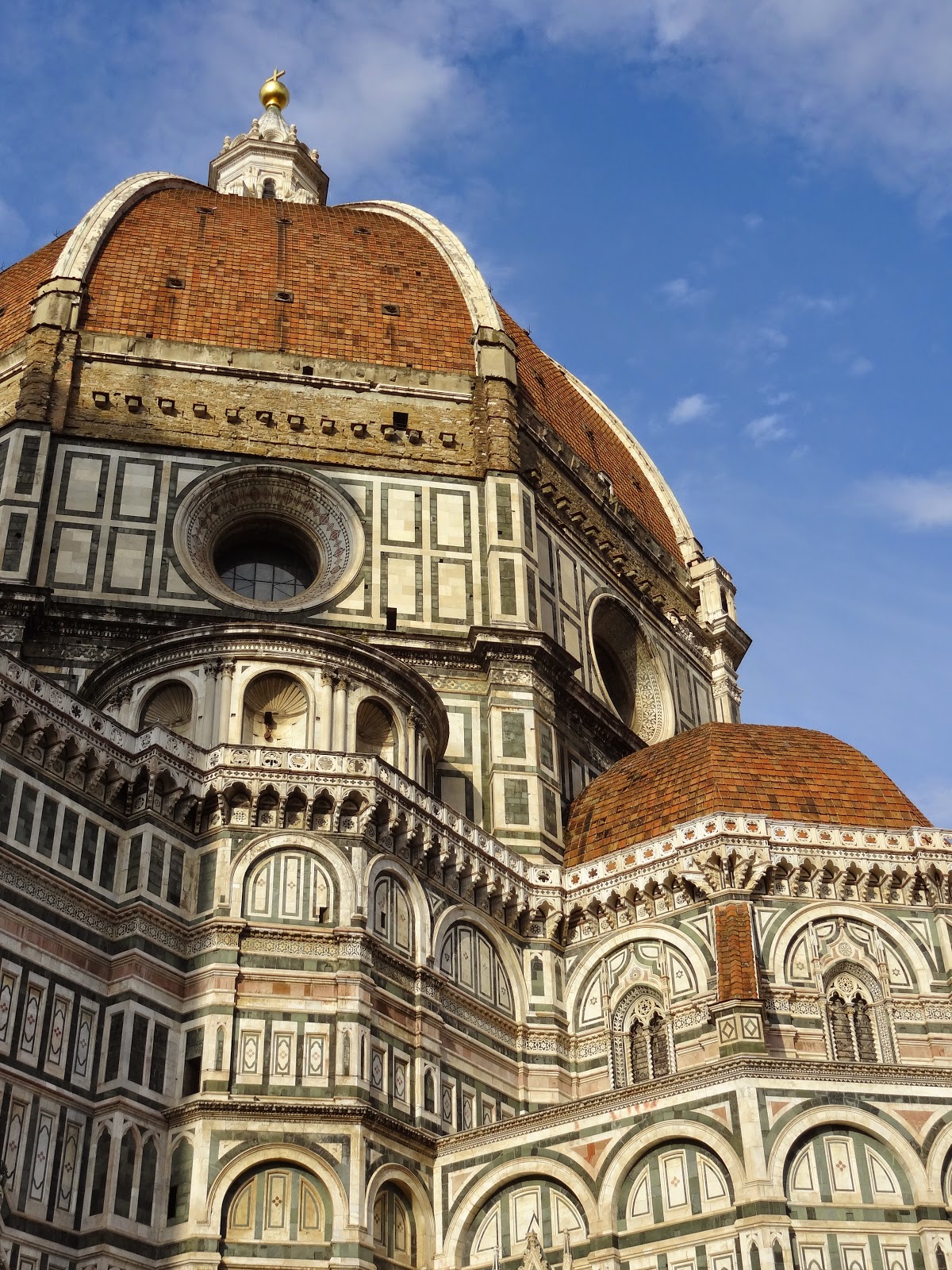 I hope you are enjoying the lovely spring days in your region! (Is the snow finally melting??)
Posted by Kirsten at 11:40 AM 3 comments:

Recently the fencing team drove down to California for a tournament. On our way back, we stopped by the beach. It was a beautiful day with wonderful scenery, so we took a few fencing pictures to send to our instructor. 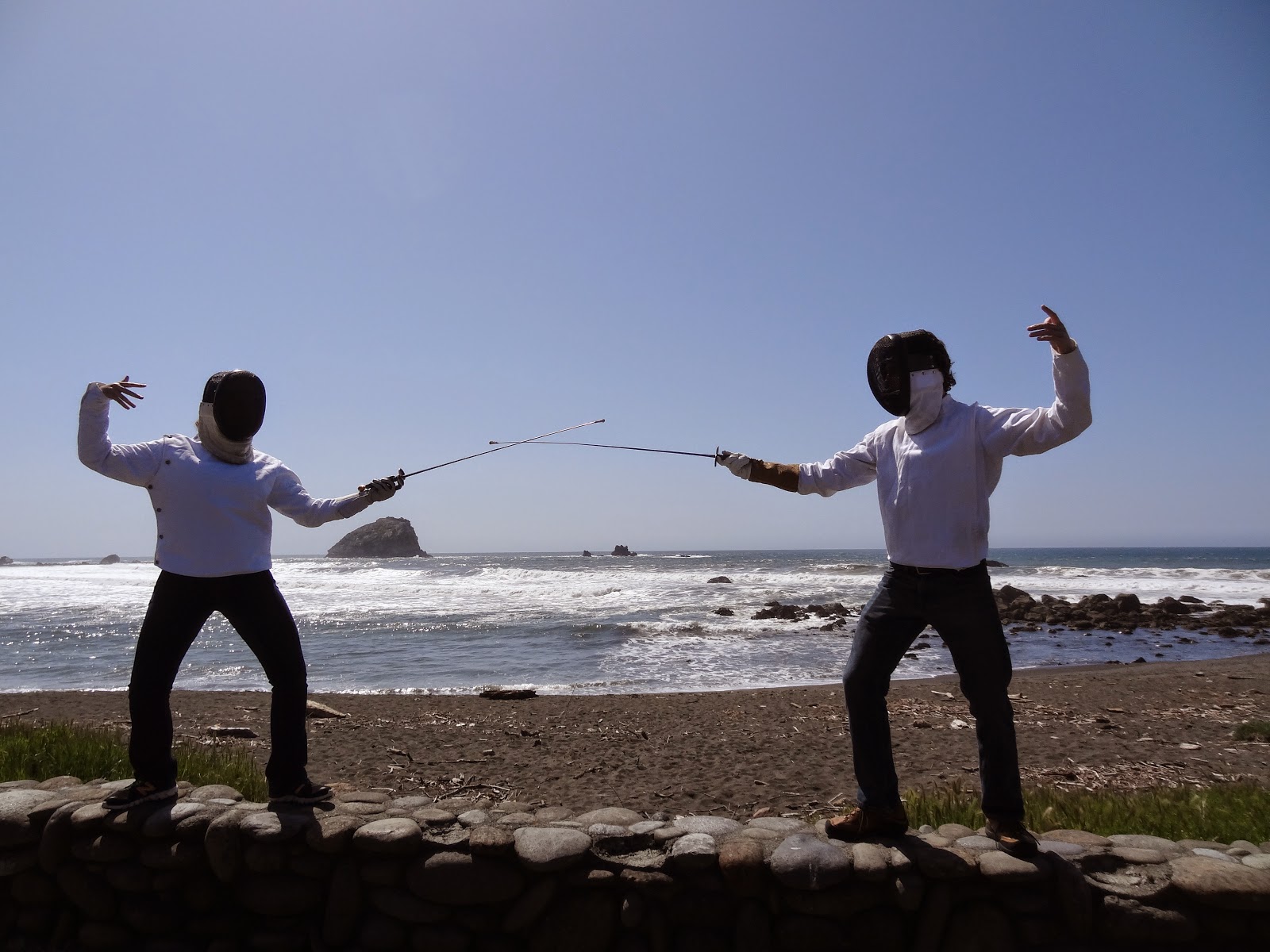 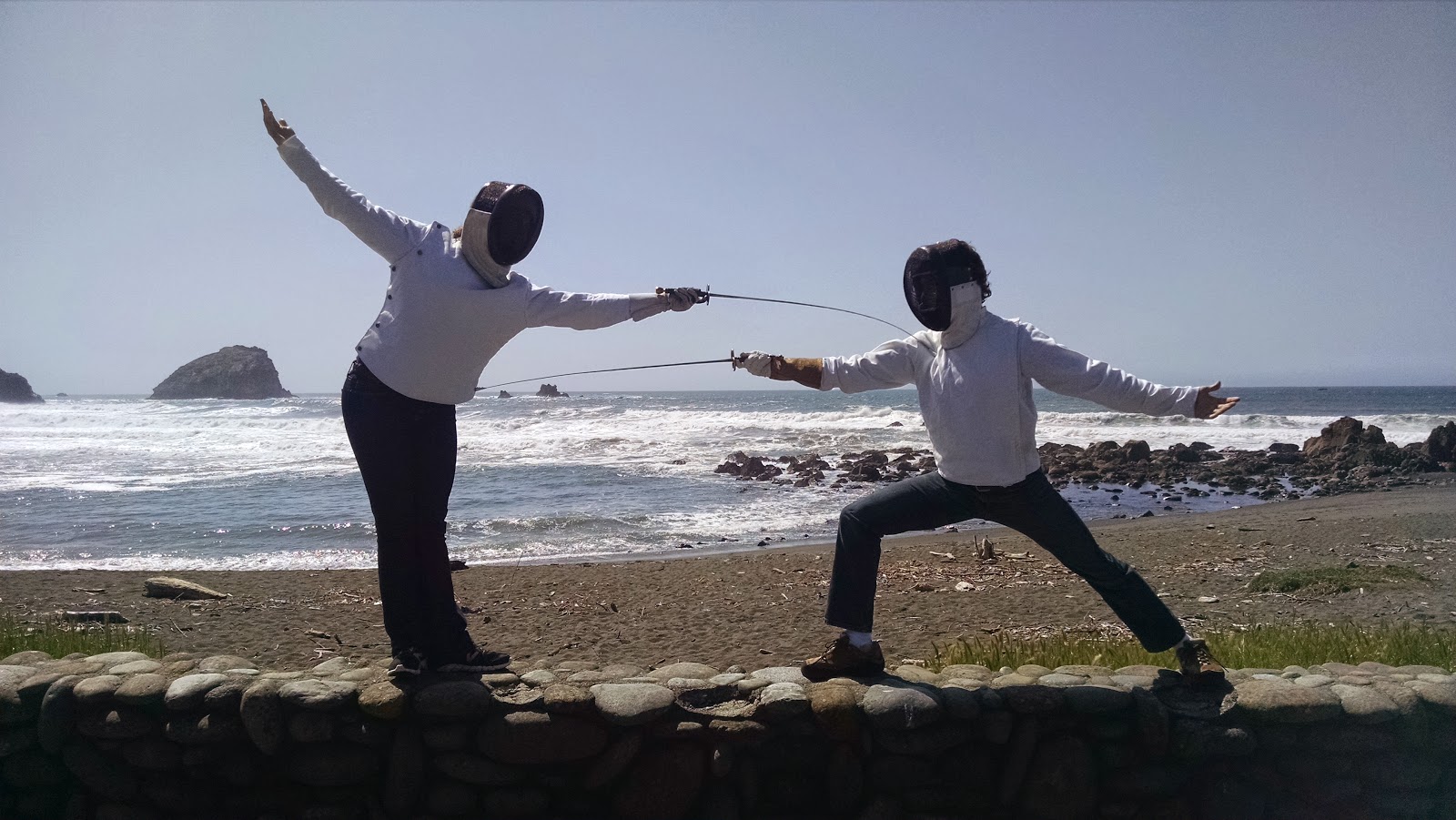 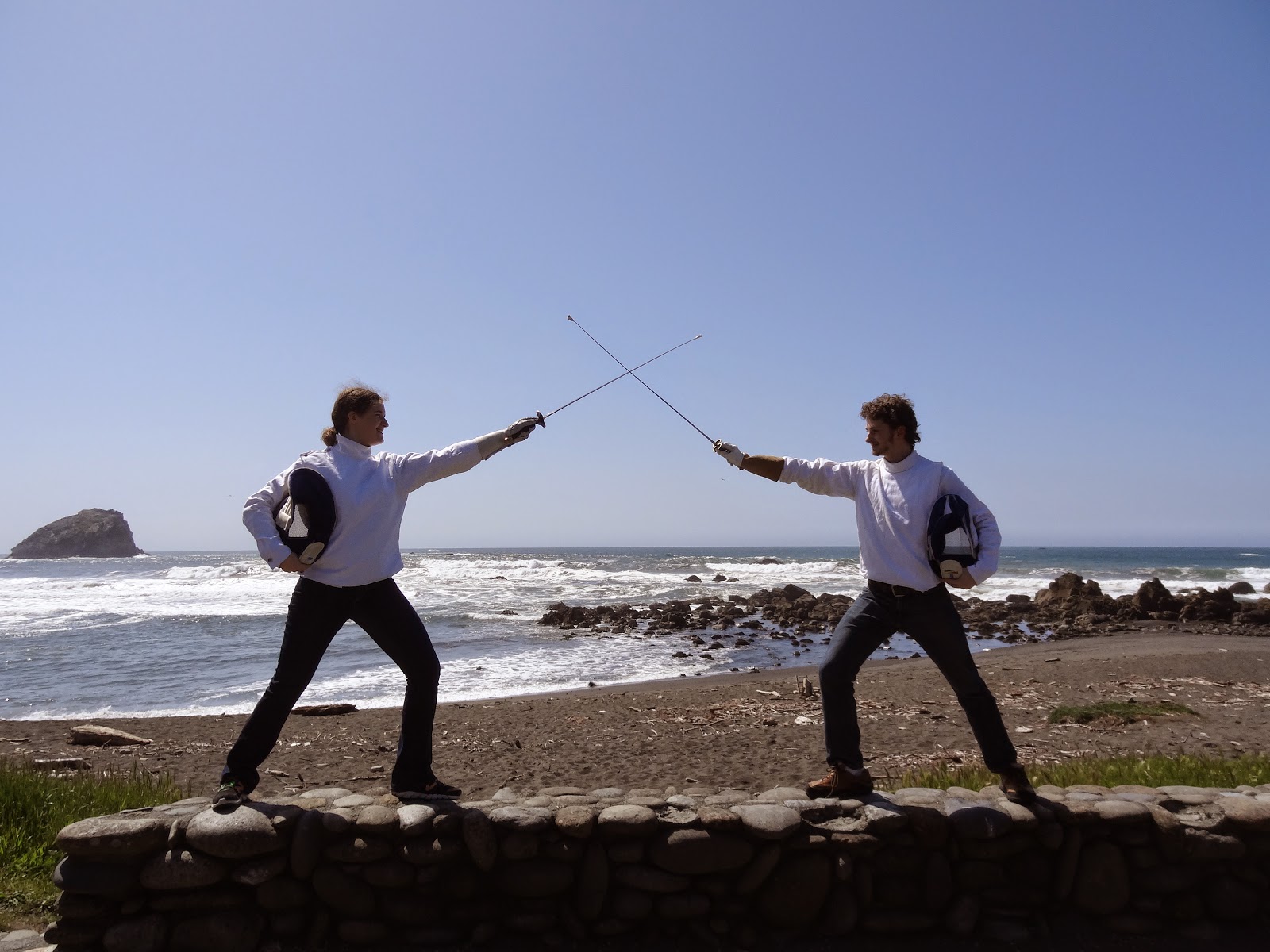