My friend sent me a picture of the snow at her college's campus (she lives in another city), and I was saying (read: complaining) about how it is supposed to snow here and yet the weather has only got the cold-as-balls part down. Guess what she replied? Look outside. Oh.

Yep. It's snowing outside.

I've been studying in my room, ensconced with my five weeks of class notes and a stack of flashcards. And apparently oblivious to the fluffy white stuff  falling from the sky. And sticking. Apparently I've been studying too hard.

But nevertheless, I abandoned my studies for a few hours to make dinner and take some pictures (not necessarily in that order. And yes, hours, plural. What can I say, I'm a slow eater...). Here are a few.

I really like the composition of this picture, but I'm not too fond of the yellow-tinge from the street lights. (Yellow snow is never good. Mantra for every snow camping trip.) 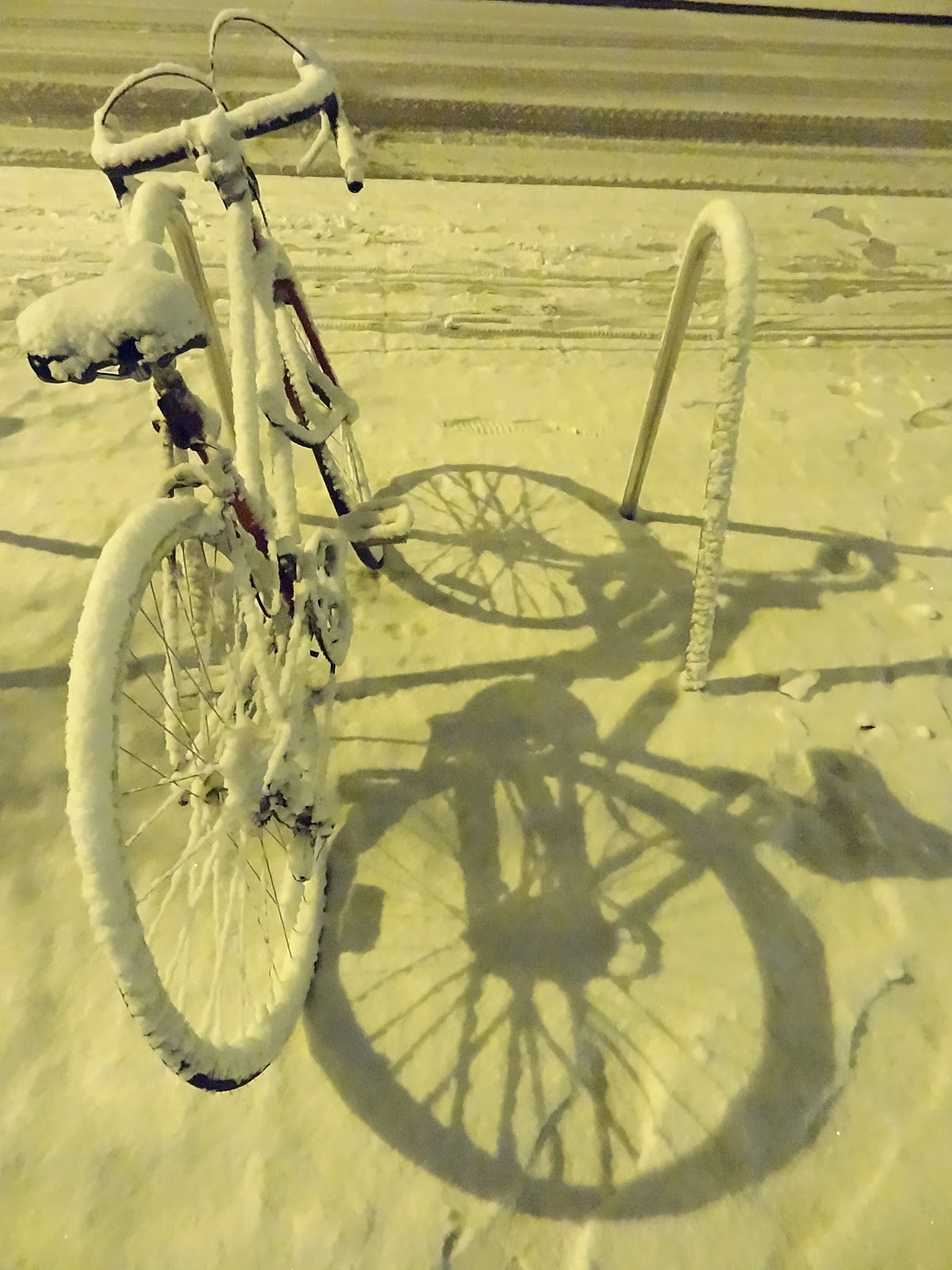 I over-exposed this one a bit, but I kind of like how it turned out. The blurry light adds an ethereal glow that adds to the magical feeling of snow everywhere. And as you can see, there was almost no one out here. And  you know it's a college campus because that student is jay-walking. :) 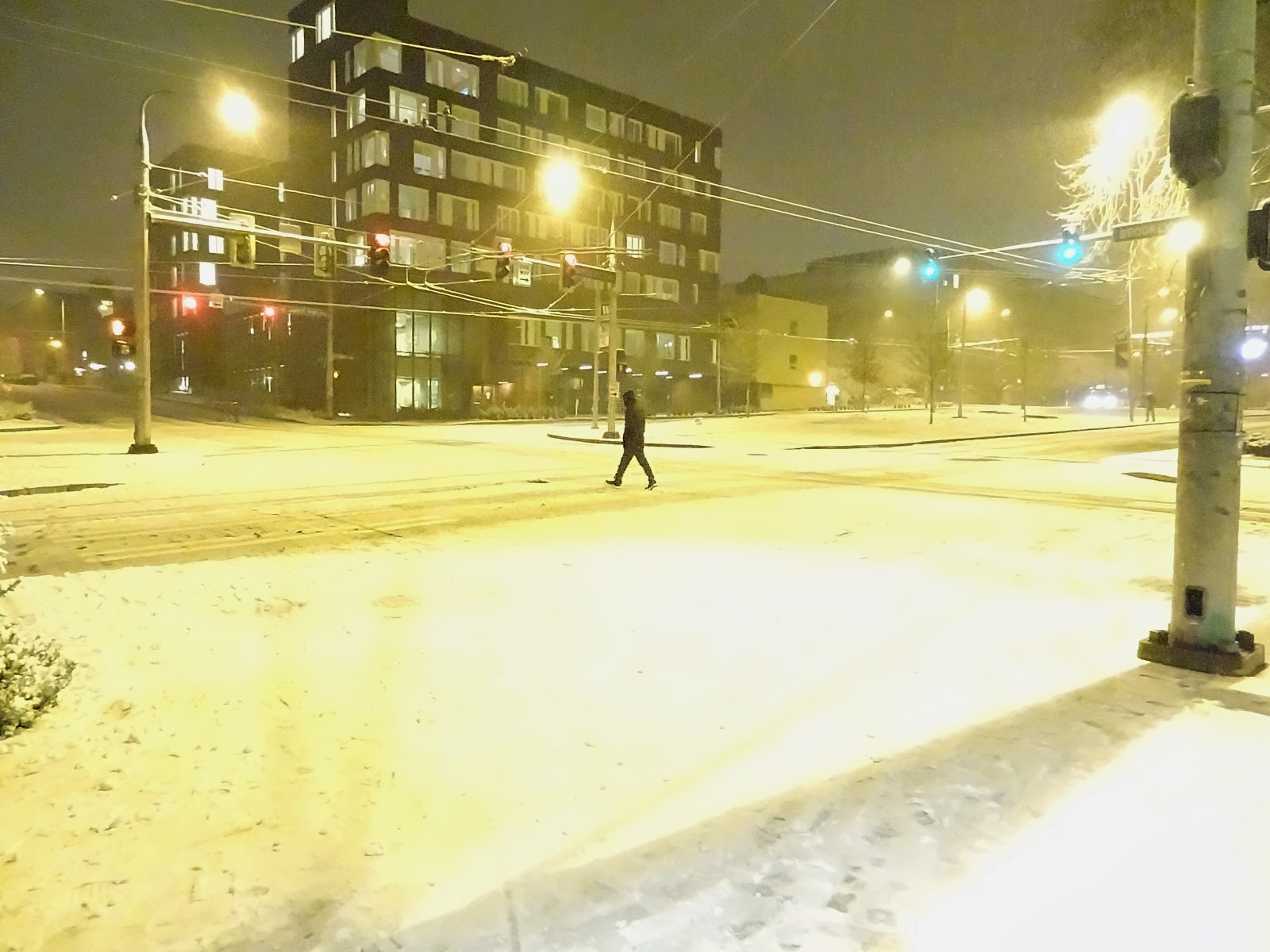 This is the Elm tree my dorm is named after. It is shadowed from the lights, so there wasn't much I could do about lighting. But the ashen-white look of some of the branches reminds me of the tree on Minas Tirith (Lord of the Rings fans anyone? No? Okay.).

It's too bad I couldn't get the whole tree in the frame (I tried. I really did) but I do like the background. It keeps it from being too dreary (as you can see in the top, the grey sky). 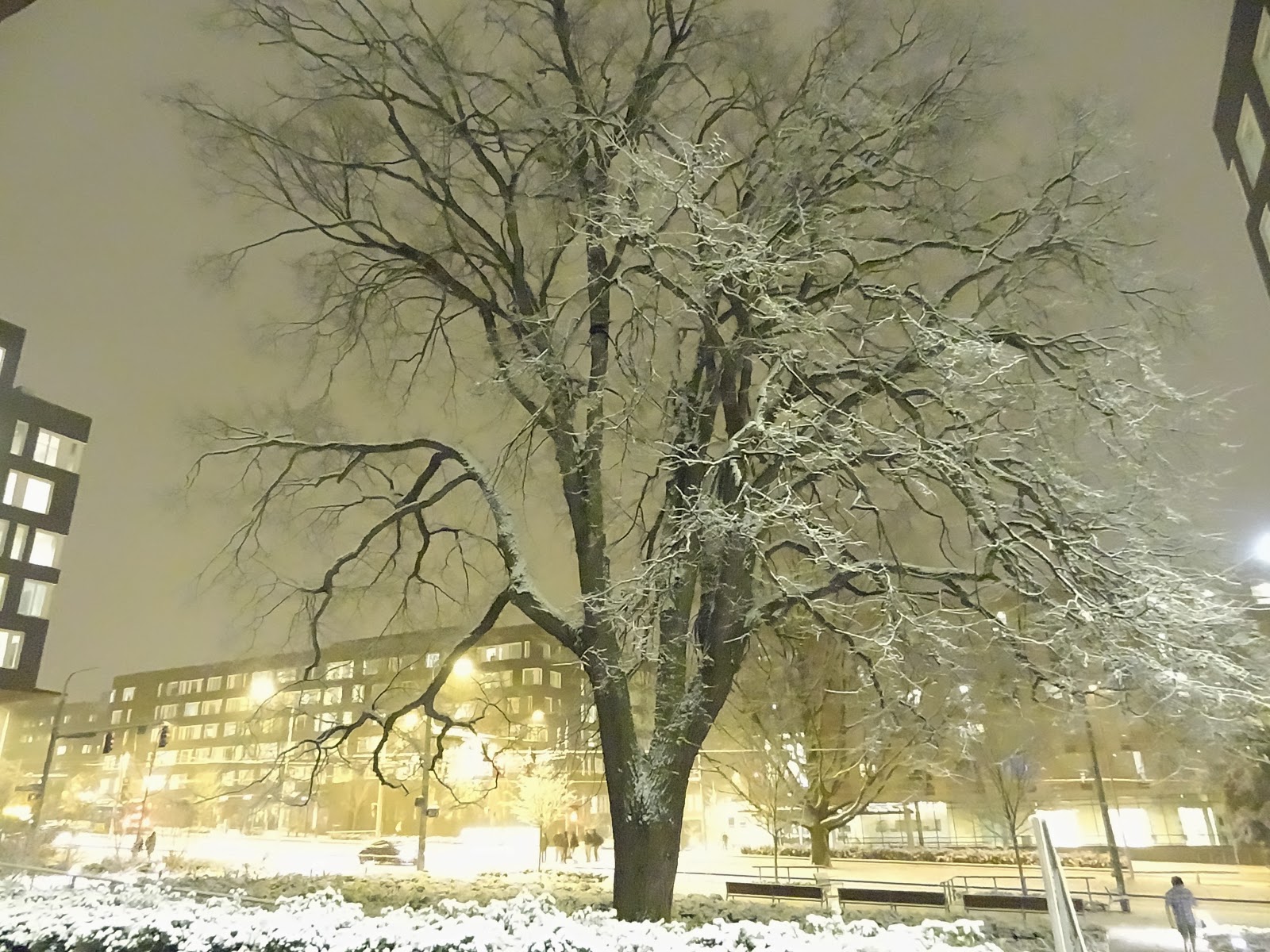 Have a safe night! Let's all hope the city doesn't go crazy tomorrow morning. We're notorious for losing our minds with just a hint of snow. It's hilariously embarrassing.
Posted by Kirsten at 12:21 AM