Some shots at night - with The Boyfriend

Hello! It's been a hectic week, but here are a few pictures from a relaxing night with The Boyfriend. We got dinner at a Thai restaurant on the Ave, and I took a few pictures on the way home. Enjoy! 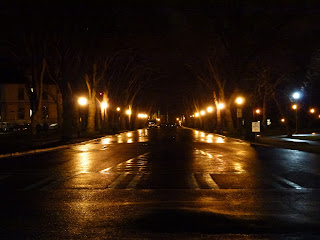 This is from of the same street from my first post, but the night was rainy and wet, reflecting the lights off the street. Also, this is the straight-on perspective from the island in the middle of the road. I think this is one of my favorite spots to take a picture/look at at night. 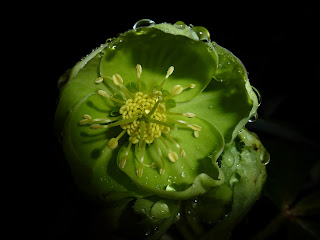 The flower itself was an interesting shape and color, but I like the added effect of the rain drops. Because it was night, I used the flash, and I like how it removed the background due to the color contrast. It also gave the water droplets some dimension, which is nice.

Also, credit to The Boyfriend for pointing out this specific flower to photograph right as I thought it too! Great minds think alike :) 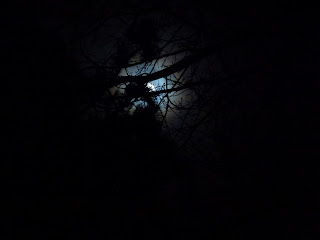 The moon had an eerie glow with the clouds that night. But I liked how it lit up only a section of the tree branches. For this shot, I really needed a tripod, but had to improvise using The Boyfriend's shoulder =P

I think I could have centered or moved the light to a certain region of the frame, but oh well.

Hope everyone is staying warm!