Okay, so I couldn't resist it. On one of the craft/baking blogs I read (yes, I like making things too. Why am I looking at a science major again? =P ), I learned about PicMonkey, an online photo editing site. I actually just wanted to visit it because I wanted to put text on my pictures (ie. my name). But I was playing around and, I know I said I don't alter things on my computer...but I couldn't resist! It was fun, and I like the dark, mysterious look, sometimes. So here are a few pictures (and their originals, for comparing): 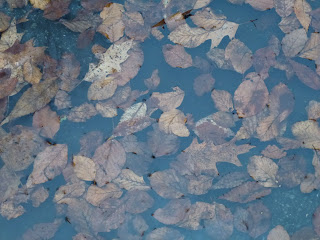 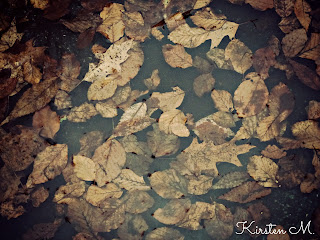 So this one I darkened around the edges, and overall lowered the brightness and upped the highlight. I tried to improve the sharpness and focus, but I actually didn't really know what I was doing and how to do that.

The original picture is pretty bad, I will admit. This was part of my unofficial (unfortunately ongoing) series of "picture ideas that went horribly not like I wanted" (in this case, there were leaves in a puddle with too much reflection). But hey, I thought, why not. The picture is pretty bad to start with, couldn't get much worse... 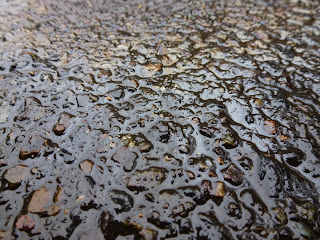 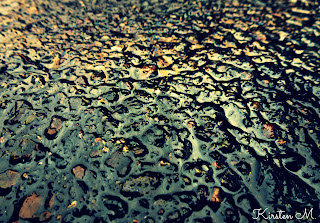 This one had more drastic changes. Originally, I just wanted to bring out the rainbow gleam of the oil on the road with some sort of highlighting and contrast something-or-other (you can tell I don't know how to edit photos), but then I just kept perusing through all the options and editing features. I did some highlights and contrast, but then pushed a button that gave it this green hue and brought out the yellow into an fiery orange, which I ended up leaving it with. It lends an entirely new look, and I kind of like it.

But in the end, I still like to think that all of the work should be done with the camera. The camera and you are magic, not the editing technology. What do you think?