So Starbucks has a Reserve Store, which is like a huge, glorified fancy Starbucks cafe. The Friend took me there after seeing The Hobbit (!!), and I had a wonderful time wandering around.

It's made up of four different sections. There's a restaurant by the well-known Tom Douglas that serves pizza and wine in one corner. In another is a coffee-tasting bar. Then there's the place where they roast and bag the beans; sort of a factory-like setup. And of course, the baristas and where they make regular Starbucks orders. It was truly an experience I hadn't had elsewhere, and I was really happy to be there.

The Friend was a great sport about me taking all these pictures, which was wonderful too, haha.

We got a seat at the "bar stools" where we could watch the baristas make the drinks. It was quite busy there, and a great way to remove ourselves from the general crowdedness (it recently opened here apparently). 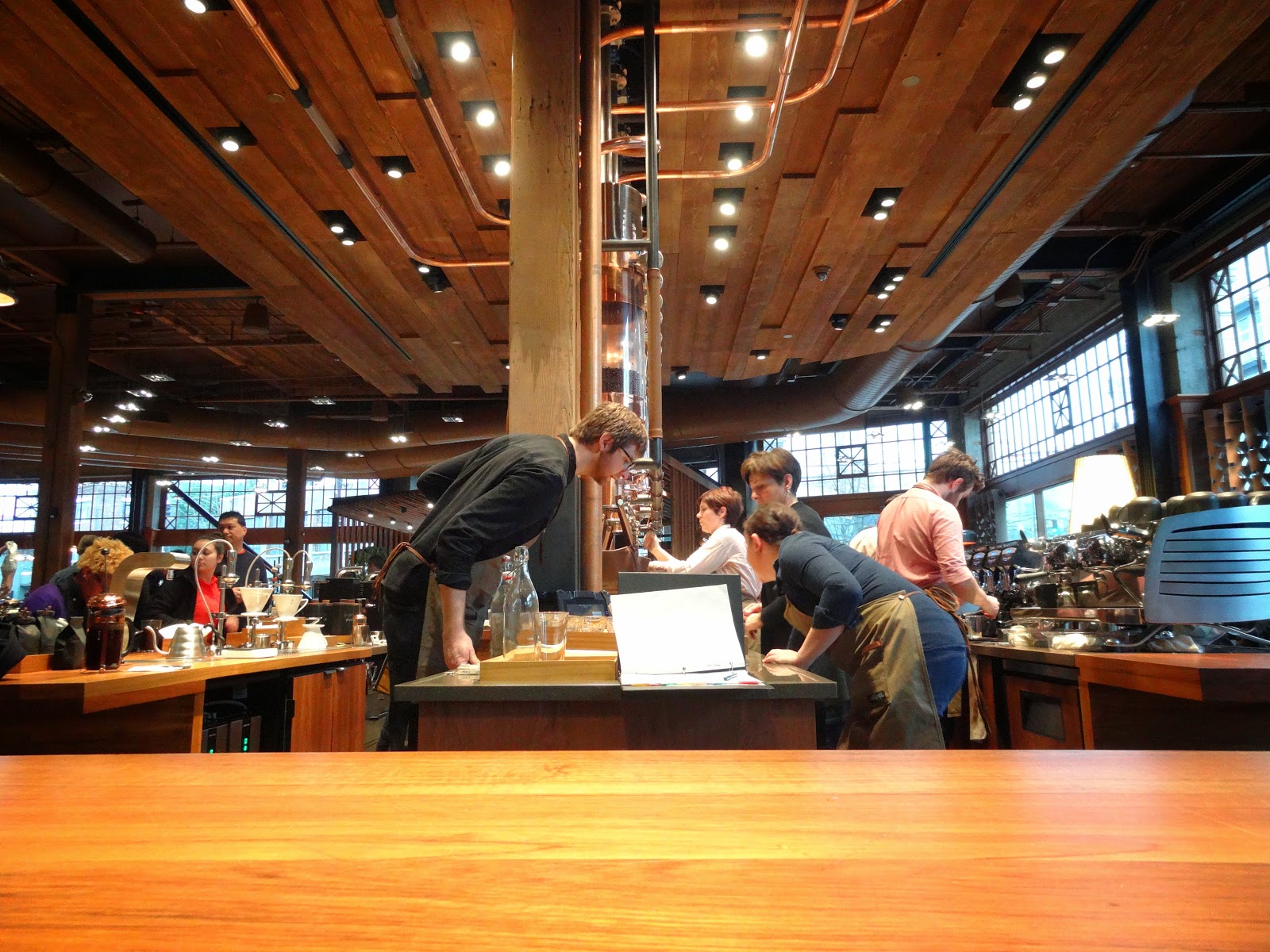 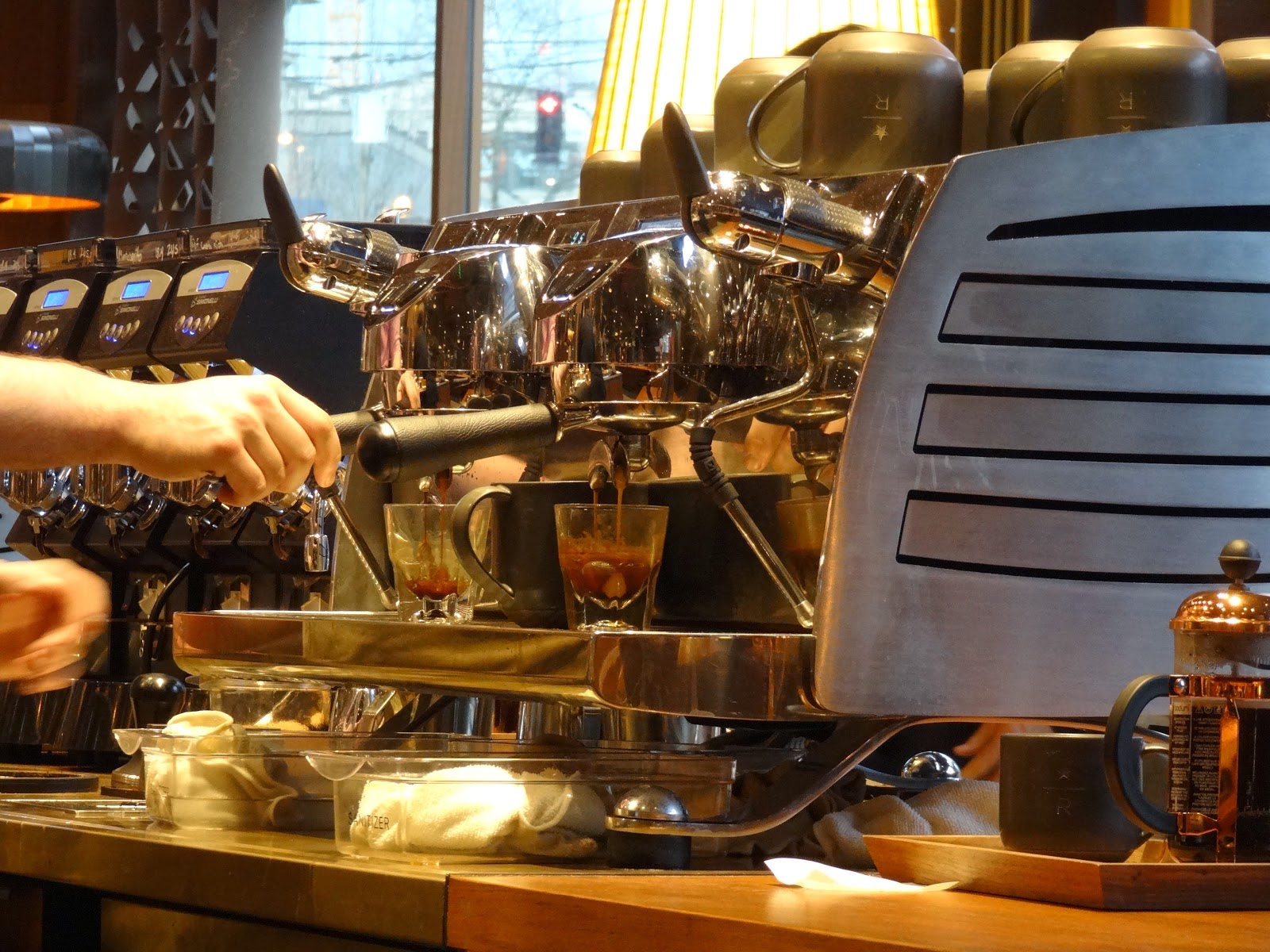 If you got your drinks "for here", they served them on a wooden platter with complimentary seltzer water and an almond cookie. The overall building had tons of wood accents, which lent a nice ambiance among the dreary Seattle weather. 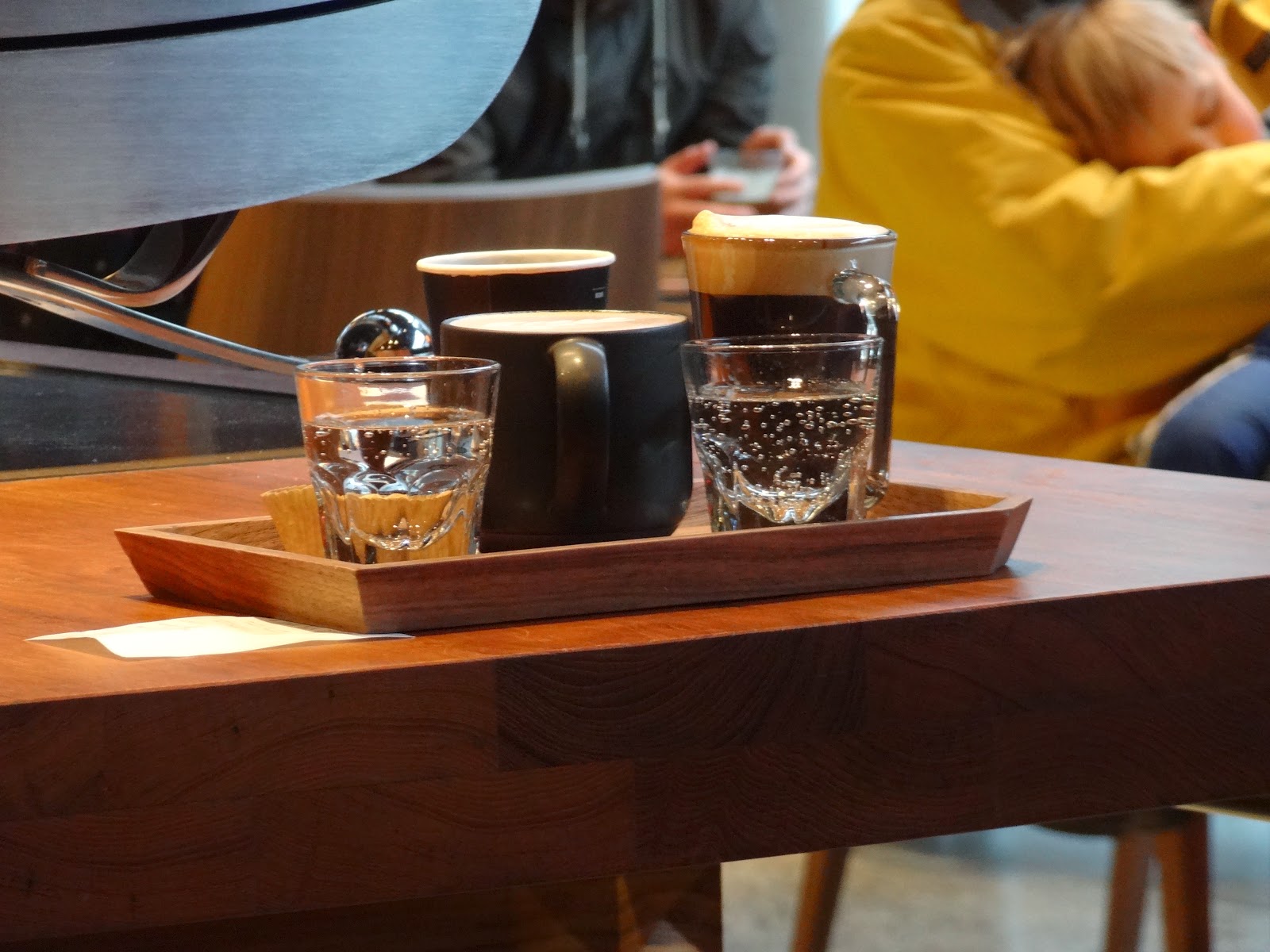 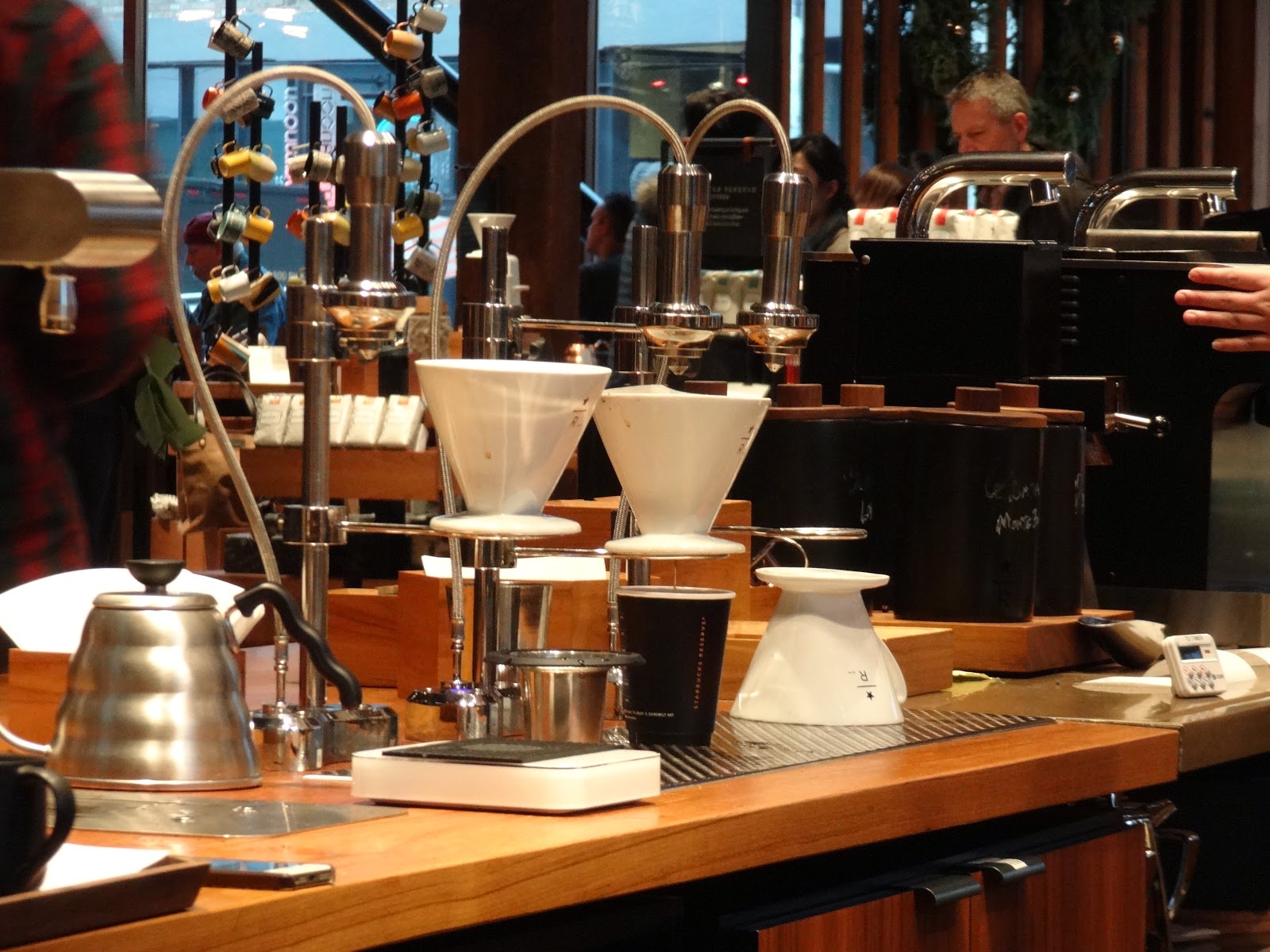 Their mugs have the star and R logo that represents the Starbucks Reserve (SR). 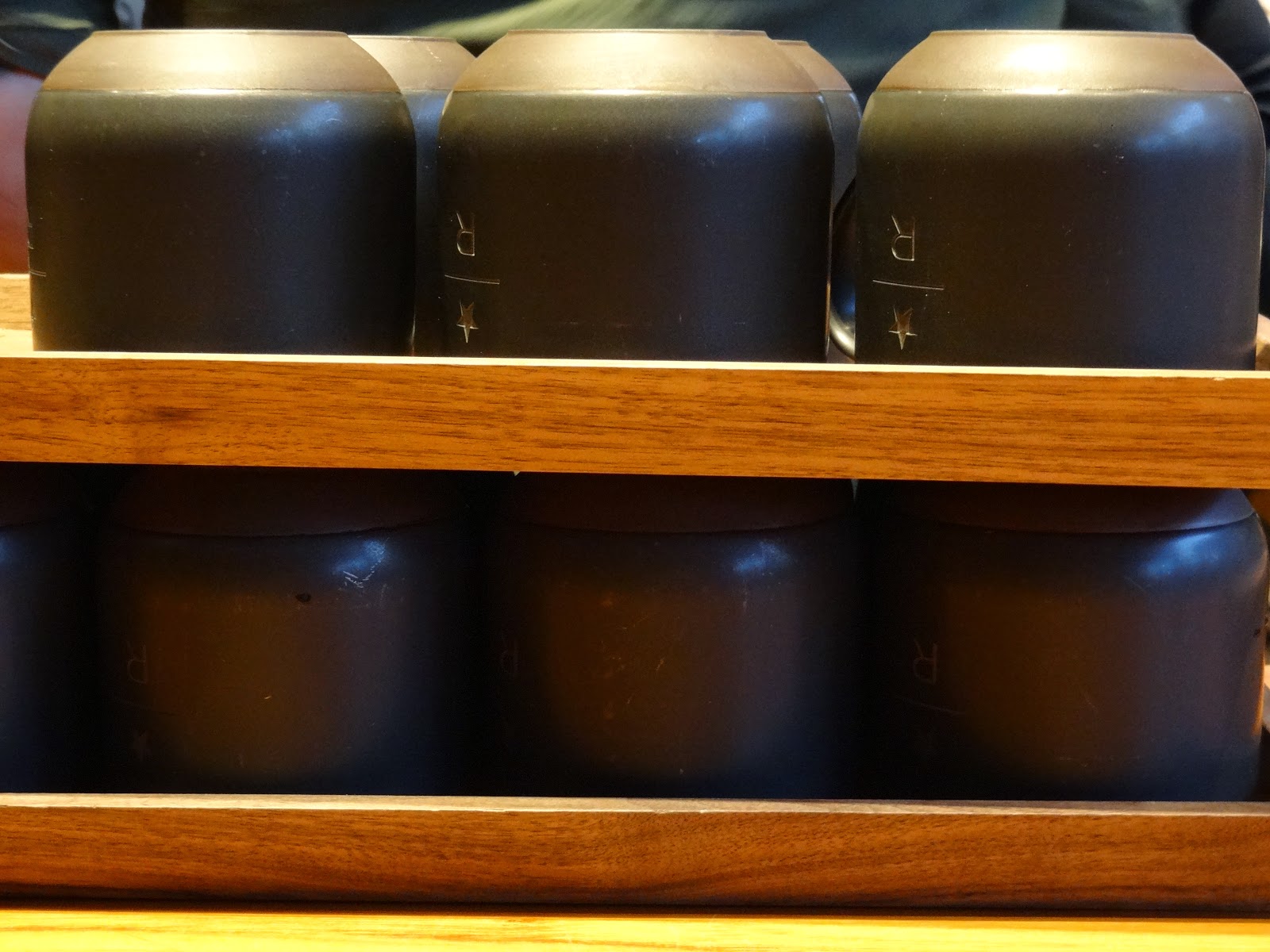 The Friend and I got espresso drinks specially served at SR. 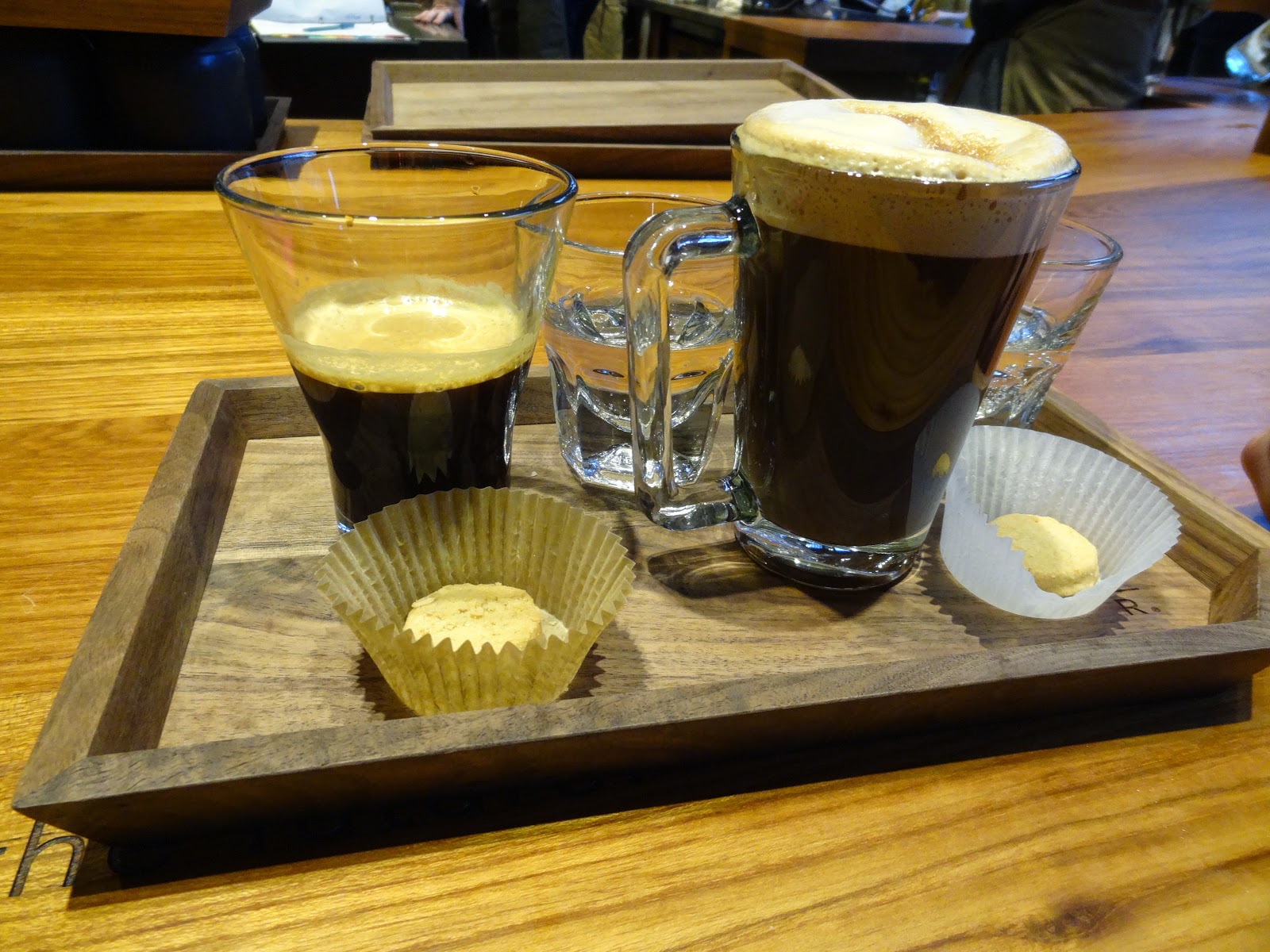